I was browsing through some research on reading and came across this article about instructional practices concerning alphabet letters and sounds. Click here for a pdf of this article: Enhancing alphabet knowledge instruction: Research implications and practical strategies for early childhood educators. 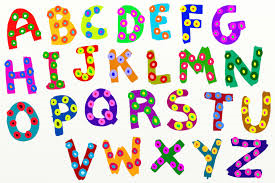 This article discusses the concept of letter-0f-the-week instruction vs. another researched method. I know many KG teachers who implement the letter-of-the-week method with great success. During most of my teaching career, I know this was a pretty common method – even my own children learned this way. However, as research became more prevalent and relied upon to make instructional decisions, this method of teaching one letter a week came under fire. I kept hearing this, but never read any research which supported it, refuted it (or advised what to do instead) until seeing this article. So please have an open mind KG and 1st grade teachers. I like this quote by Maya Angelou: “Do the best you can until you know better. Then when you know better, do better.”

Here is a summary of the article:

The research suggested the following 6 cycles of alphabet learning (meaning each cycle is completed in 26-30 days) and repeated with a different focus for up to 5 more times throughout the year. With each cycle,  the order and reason in which letters are presented is varied. So students experience 6 different opportunities (instead of one) to focus on unique features of the letters to learn the letter name, sound, how to write it, and locate it in text.

1st 26 days: By frequency of initial letters in students’ names. Determine the letters used most often in your students’ names and start with those first. Example:  You have several students whose name begins with M, L, and K. So begin with those letters with your daily instruction. This is very motivating for students and helps with name recognition.

4th cycle: By letter frequency. I think of Wheel of Fortune with this learning cycle (r, s, t, l, n, e). Except this article recommends starting with least frequently used letters first with the goal to increase focus on letters which are more difficult to learn due to lack of frequency in text. Here is the ranking of more to less frequent consonants according to Fry: r, t, n, s, l, c, d, p, m, b, f, v, g, h, k, w, x, z, j, q, y. For vowels: i, a, e, o, u. This allows for longer time to devote to more difficult letters and less time to known, more frequently used letters.

5th cycle: By developmental order of acquisition. This is based on research that young children acquire some letter sounds before others (such as n, m, p, h, t, k, y, f, b, d, g, w, and s). You know some children have difficulty with pronunciation of these sounds until after age 4:  l, r, v, z, sh, ch, j, zh, and th. So the idea is to work on these more difficult-to-pronounce sounds later in the year when the student has matured more.

6th (final) cycle: By distinctive visual features of written letters.  The emphasis during this cycle is that letters with similar written features are presented in small clusters over several days. Features such as curved lines, straight lines, diagonal lines, intersecting lines, circles, etc. would be considered. This would obviously concentrate on reviewing the verbal cues from the teacher as to how to form the letter. Letters such as lower case, r, h, m, and n could be grouped together because of the strokes to start and end these letters are very similar. Likewise, group M, N,W, V together, E/F together, P/R together, and o, a, b, d, p, q together.

These  steps are included with each lesson (involving explicit modeling and guided practice). A template is attached here. The lesson plan is designed to help students acquire alphabet knowledge and apply to the context of reading and writing. The recommendation is a letter per day, with the flexibility to spend more time on more difficult letters.

Suggestions for vowels in this article seem helpful: Teach the name of the letter, and the sound (using the short vowel sound). “This is the letter Aa. It is represented by the /a/ sound as in apple.” When reading, the teacher simply says, “Try the letter’s name, or it’s sound.” Calling it long or short is confusing to students who often think the long sound means to say the /a/ for several seconds (a long time).

Conclusions:  According to this research, students learned letter names and sounds more quickly and therefore made greater progress in reading. Teachers reported their students were demonstrating greater ability than previous years when using the tradition letter-of-the-week instruction. I looked for other research on this topic and much of it pointed to this one as the best and most comprehensive. Attached is another article offering a specialist’s position (Vaness Levin) supporting this research: “How to let go of letter-of-the-week.” Finally, think of this quote from guided reading experts Fountas and Pinnell: “Letter-of-the-week suggests that letters are learned first (and in sequence) and then children learn to read. When in reality all of this learning is taking place at the same time. The more connections children make between the multiple understandings required to read, the faster they learn (letters).”