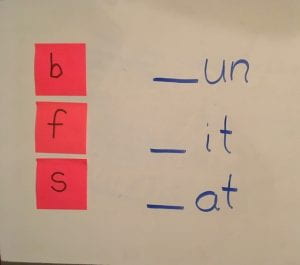 Manipulating phonemes refers to the abilty to add, delete, or substitute them orally. This is a prerequisite skill to visually manipulating letters in order to read and write (the phonics part). First grade programs should include both of these routines on a daily basis – and at other grade levels with struggling students. Skill with manipulating letters relates to a child’s ability to use a known word (or word part) to read and write new words. Stay tuned for 10 ways to work on manipulating letters (whole class or small group) as well as some free resources to accomplish your goals. Phonemic awareness falls under the Phonological Awareness umbrella. 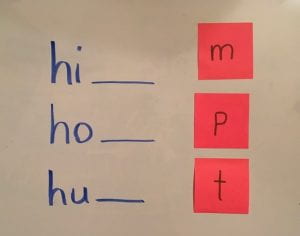 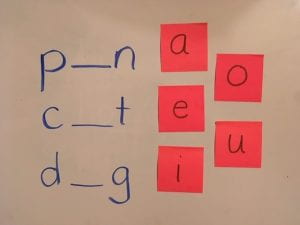 You will notice that manipulating letters also links directly to identification of onsets and rimes.

Here are 10 ways to work on letter manipulation in the classroom or with small groups: